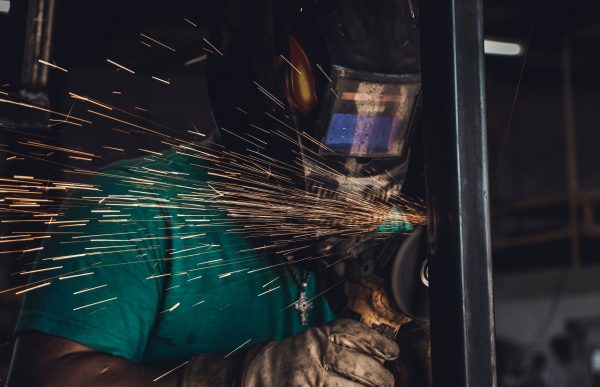 What you should know: An appeals court recently clarified an employer’s obligation to monitor respiratory hazards. Employers must evaluate the workplace for respiratory hazards whenever there is the potential for overexposure of employees to contaminants. Significantly, the appeals court applied the Supreme Court’s Kisor v. Wilkie decision, which purports to limit OSHA’s discretion in interpreting its own regulations, to an OSHA regulation for the first time.

The United States Court of Appeals for the Ninth Circuit recently clarified employer’s obligation to monitor respiratory hazards in the workplace. In Sec’y of Labor v. Seward Ship’s Drydock, Inc., 937 F.3d 1301 (9th Cir. 2019), the Ninth Circuit held that OSHA’s respiratory standard (29 C.F.R. 1910.134) is unambiguous in its requirement that employers evaluate the workplace for respiratory hazards whenever there is the potential for overexposure of employees to contaminants.

As part of its process, Seward used spot and production welding. Each morning before welding began, Seward tested the welding areas using a grab sample and determined whether the spaces were designated as “safe for entry.” Upon determination that the welding space met the conditions described in the Marine Chemist Certificate, welding would commence. The pre-welding sample did not test for the metals found in the welding fumes.

Two of the Seward workers complained to OSHA of the “extremely poor” air quality and “inadequate ventilation” in the welding area. The workers later testified that the welding area filled “quite quickly” with welding fumes and the smoke “was very, very thick.” OSHA dispatched two compliance officers whose observations corroborated the complaint. The officers observed welders working without adequate ventilation and with visible welding fumes. The following day, the compliance officers took two “grab samples” to test for carbon monoxide and fitted two welders with “personal exposure monitoring” devices to test for iron oxide and other possible contaminants. The results did not show contaminants above the Personal Exposure Limit (PEL).

On these facts, the Occupational Safety and Health Review Commission held that the 1910.134(d)(1)(iii) was not even implicated—and therefore vacated the citation. In its view, employers only needed to identify and evaluate respiratory hazards (under subsection (d)) once they determined that respirators were “necessary to protect the health” of employees under 1910.134(a)(2). The Commission essentially created a two-step process: assessment specified by § 1910.134(d)(1)(iii) was required only for the selection of respirators— not for the initial determination of whether respirators are necessary in the first place under § 1910.134(a)(2).

Because OSHA couldn’t show exposure above the PEL or that overexposure was reasonably foreseeable, respirators were not “necessary” and therefore standards governing the selection of respirators (like the standard for which Seward’s was cited) never came into play.

A three judge panel for the Ninth Circuit unanimously disagreed and overturned the Commission’s decision. In its view, § 1910.134(d)(1)(iii) requires covered employers to evaluate the respiratory hazards at their workplaces whenever there is the “potential” for overexposure of employees to contaminants—regardless of whether contaminants exceed the applicable PEL and regardless whether the employer had already undertaken a determination for whether respirators were necessary.

The Ninth Circuit then sent the case back to the Commission to determine whether the Seward had adequately identified and evaluated potential respiratory hazards.

Readers interested in general administrative law will note Seward Ship’s Drydock, Inc.’s status as the first OSHA-related decision applying the United States Supreme Court’s Kisor v. Wilkie deference analysis. In Kisor v. Wilkie, the Supreme Court narrowed the extent to which courts defer to an administrative agency’s interpretation. For those unfamiliar with the concept, “deference” refers to the extent to which courts are partial to an administrative agency’s interpretation of a statute or regulation. For example, if the Commission or the Ninth Circuit (or any court) found a particular regulation, such as the respiratory protection regulation, to be ambiguous and OSHA advocated for one view and the employer for another, the deciding court would side with OSHA’s interpretation so long as it was reasonable.

Courts have always struggled with deference—particularly under prior Auer deference, which was widely criticized as having run amok and to be an unpredictable, result driven mess. In Kisor v. Wilkie, the Supreme Court shortened the leash on Auer deference by limiting its application to situations where a regulation is “genuinely ambiguous.” A regulation is only “genuinely ambiguous” if a court has tried all of the standard tools of interpretation, which the Kisor v. Wilkie assures the reader are many.

In Seward Ship’s Drydock, Inc., the Ninth Circuit concluded that § 1910.134(d)(1)(iii) was not genuinely ambiguous. In evaluating the text and structure of the regulation, as well as the purpose and history of the regulation, the Ninth Circuit concluded that it plainly required employers to evaluate potential respiratory hazards. The decision accords with the apparent goal of Kisor v. Wilkie: to make true deference of the administrative agency’s (e.g. OSHA’s) interpretation the exception, rather than rule. In any event, we expect to see Kisor v. Wilkie invoked more and more as employers resist OSHA’s interpretation in litigation. In fact, both sides have already cited to the case in the Houston Aquarium, Inc. appeal pending before the United States Court of Appeals for the Fifth Circuit.